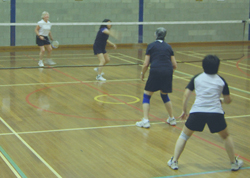 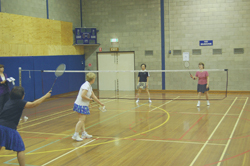 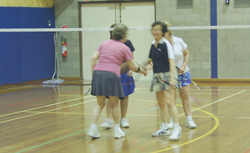 When the temperature is predicted (according to Bureau of Meteorology website) to be over 40 degrees Celsius on days of play, play will be cancelled.

When the temperature is predicted to be between 35 and 40 degrees Celsius inclusive (according to BOM website) the decision whether to play will be at the discretion of the TLBA committee and will include considerations such as scheduled time of play and whether there has been a sustained period of hot weather.

A thermometer will be kept on site and when the indoor ambient temperature of the stadium reaches 32 degrees Celsius, play will be abandoned.

Players will be encouraged to be well hydrated before, during and after playing.

Players will be encouraged to use frozen neckbands to aid in remaining cooler during play.

During play on days of high temperatures, players will be encouraged to take a short drinks breaks as needed between points and the umpires are required to permit this.

Any player over 65 years of age and/or with a pre-existing medical condition is advised to consider not playing on days when the predicted temperature is over 38 degrees Celsius.

The TLBA Heat Policy will be posted on the TLBA website and reviewed if and when necessary.